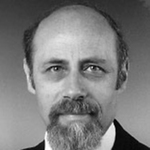 Having received her Masters at Eastern Michigan University in Voice Performance in 1971, Glenda Kirkland then joined the faculty of EMU in 1973 as professor of Applied Music. Joseph Gurt, having received his Bachelor’s and Master’s degrees from the Julliard School of Music, served as Professor of Music at Eastern Michigan from 1967 until his retirement in 2000. Included in this recording are two pieces, Giacomo Puccini’s “Senza Mamma,” and Mozart’s “Non Mi Dir,” from his opera, Don Giovanni. These pieces were included in a larger event, the 1974 Fall Faculty Luncheon, the primary focus of which being an address by Ralph Gilden, who was then acting as interim president of the university.

Permission to Use - Permission to quote from this performance should be requested from the University Archives ( lib_archives@emich.edu).​

Copyright -Copyright to the audio resource and its transcript is held by the content creator, author, artist or other entity, and is provided here for educational purposes only. It may not be reproduced or distributed in any other format without written permission of the copyright owner, Eastern Michigan University Archives ( lib_archives@emich.edu).